This little monkey has been really testing lately

Pop up shop, completed it! 👊🏼 @shannongraced

If you’re after some baby cuteness then this one

Anyone else find dressing for these outside dinner 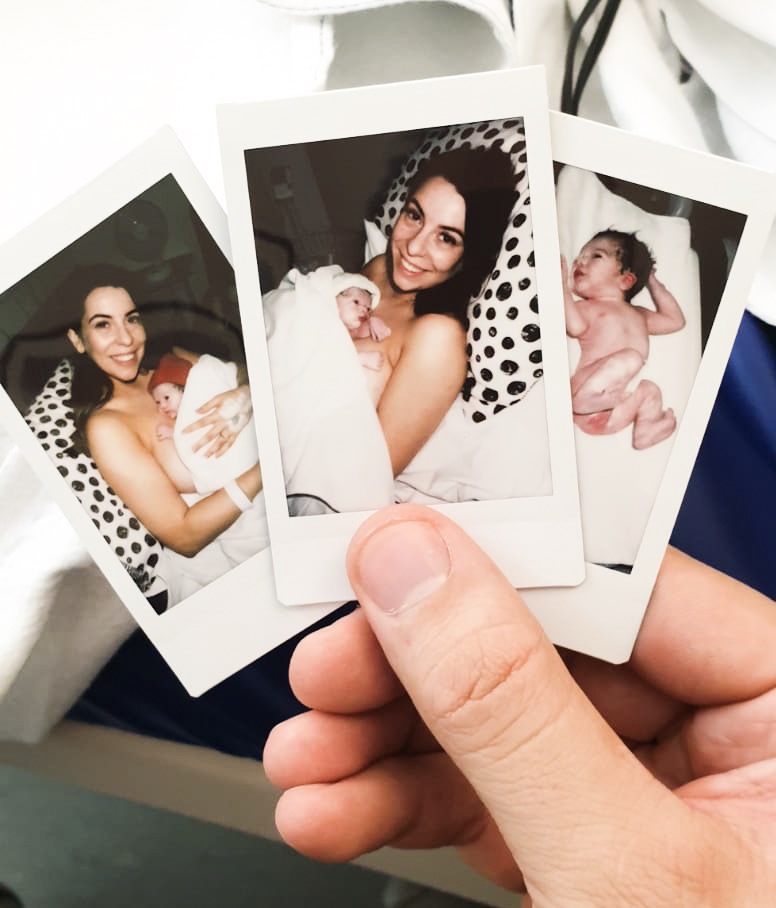 Before getting pregnant I had heard plenty of stories from friends and family about birth and the wonderful or not so wonderful arrival of their children. But nothing really prepares you for your own story and how it all plays out.

Our story is more medicalised than some as I was classed as a high-risk pregnancy due to some existing blood pressure concerns. Because of this we had more frequent scans, were under consultant care and were told we would likely be advised to be induced at 39 weeks. Problem with this is that I was dead against having an induction because of all the negative stories I had heard, we even had an appointment to discuss having a c-section - which turns out is much less of an option than you may think. But yes, induction was never something I was willing to consider and told everyone that I was absolutely, under no circumstances, having an induction.

Spoiler alert... I had an induction!

The story really starts at 34 weeks and a routine growth scan and consultant appointment that turned into a concern of preeclampsia and the consultant telling us that we would likely have to have the baby in the next two weeks. Cue a weekend of scouting out shops that sold premature baby grows and a stock up on super small nappies. Everything suddenly seemed very real. From here we had two growth scans a week and found out that my placenta wasn’t working as efficiently as it should. I was booked in for an induction at 36+3 and this also meant that I had to have some steroid injections to help the baby’s lungs fully prepare for life outside of the womb.

They hurt! Bad. But the pain is gone after about 30 seconds and you can go on with your day.

Ahead of the induction I listened to my hypnobirthing mp3’s and remembered everything Kate had told us about being positive and keeping calm. I actually felt pretty prepared. We also stocked up on snacks, movie downloads and box sets as everyone kept telling us that inductions can take days. So we prepared for a long wait.

The night before the induction we went out for a ‘last supper’ and talked about how our life was going to change in just a few short days. It was nice to cherish those last few moments as a couple and the team we had always been before we gained an addition to our squad. We went home and had the obligatory tick box sexy time in an attempt to get things started quicker and I had a secret hope that I would go into spontaneous labour that evening and skip the induction all together...no such luck.

Morning came and I was surprised to find that I had no fear at all, just the thought that today may be the start of a long few days before we got to meet our Daughter. We grabbed our bags and the tote bag full of snacks and piled into the car. It was a weird feeling, almost like when you go on holiday and constantly think you have left something at home. It was odd leaving the house knowing I wouldn’t return without our Daughter.

The staff on Ward 10 were lovely, but under resourced so we didn’t start the process until noon. The first stage of an induction is a pessary that is inserted into the back of the cervix, so a lovely midwife called Debbie came in and started the procedure. Much to my delight, she said I was already about 1cm dilated and so she gave me a stretch and sweep whilst she was there. Basically, it looks and feels like the most aggressive fingering you have ever received! It wasn’t the most enjoyable experience, but we were starting the process and I was happy it was underway.

By 4pm I was feeling some aches and pains and suspected that this was my cervix getting ready rather than the real deal as we were told I may feel some ‘fake’ pains to start with and after all, “inductions take days,” that’s what everyone kept telling us. Turns out that wasn’t quite true in my case.

We wandered the corridors of the hospitals for a while wondering when I would know if these pains were real, they felt pretty real. But the midwives were saying they weren’t until they were lasting a minute or more. So I kept using my hypnobirthing techniques and breathing through the surges. What nobody tells you in advance of labour though is that your bum hurts, a lot, so it wasn’t that easy to get into a comfortable position and the trusty birthing ball was a no go.

At about 8:30pm Joss was getting ready to head home and get some sleep as I figured these fake pains would just continue through the night in the hope that they may turn into something real by tomorrow. It was at this point I suddenly just burst into tears, a few seconds later my waters broke and it was a full on EastEnders waters breaking from here on in. My leggings were soaked and as Joss helped me get them off the waters just kept coming, along with intense contractions every 2 minutes or so. I was definitely in labour, those pains I had been feeling weren’t fake after all and the ones I felt after that certainly weren’t.

With every contraction I lost more water and considering I had a relatively small bump I couldn’t quite believe how much was in there. The midwife came and checked me over and said that the labour ward suggests I see how I get on for an hour breathing through them and did I want some paracetamol?. Paracetamol? I was hanging off Joss’ neck at this point groaning and breathing as hard as I possibly could. But sure, give me some paracetamol I am sure that will take the edge off…

The next couple of hours seemed to flash by as my contractions got more intense and suddenly I felt the urge to push. The midwives couldn’t quite believe it was all happening so quickly I don’t think and so I still wasn’t on the labour ward. At this point though it was clear I needed to leave the poor women trying to sleep in Ward 9 and get myself accustomed with a labour room. I just remember calling out in between a contraction saying “Sorry ladies, I know you are trying to sleep” to which a lovely lady next to me replied “Don’t be silly love you are having a baby. You are doing amazingly!”

In those moments waiting for a wheelchair was when I really feel that everything I had learnt during my hypnobirthing course came into play. We didn’t have time to play calming mp3’s, set up candles, diffusers or dim the lights, but I had time to remember two really poignant affirmations. “This isn’t happening to me, it is me” and “Every surge brings me closer to my baby” I just kept saying these to myself in my head and it gave me the power to ride the surges, as I still had no pain relief, and really try and stay in control. I felt powerful.

It was only when the wheelchair arrived and I saw the look on the midwife’s face, combined with the immense pressure that I was feeling between my legs that I started to feel a tad scared. I wasn’t scared of giving birth, I was just scared that I wasn’t going to be able to do it without an epidural - you know, that pain relief from the Gods that everyone raves about.

Turns out I didn’t need that epidural.

As they wheeled me into the labour ward and got me up on the bed, I had a weird feeling that I needed to strip off. I remember reading about this in someone else’s birth story and thinking at the time, this is weird, but I don’t care, just get these clothes off me. I think you go back to your primal instincts and in a weird way just wanting to be as natural as you can.

Then it was time to push.

I was finally handed some gas and air and the next five mins were by far the easiest of the whole experience and definitely the most empowering. I felt like the cloud of pain was lifted with every inhale of gas and air and all that was left to do was meet my baby. I held Joss’ hand, nuzzled my face into his chest and just pushed as hard and as long as I could. And then, at 11:16pm, just five pushes later and less than three hours after my waters had broken, she was here.

Her tiny little body was placed on my chest and in that moment our lives changed forever. I didn’t feel an overwhelming sense of love as some people talk about, I loved her of course I did, but the intense love came later. For now I just felt pride. I was proud of myself, proud of Joss for being the most incredible support and proud of our Daughter for getting herself so safely into my arms.

My dreaded induction had turned into the most positive, wonderful labour. And the whole experience was even closer to my dream birth story than I could have ever imagined.

Who’d have thought it aye?

A letter to our two year old

What’s in my hospital bag?