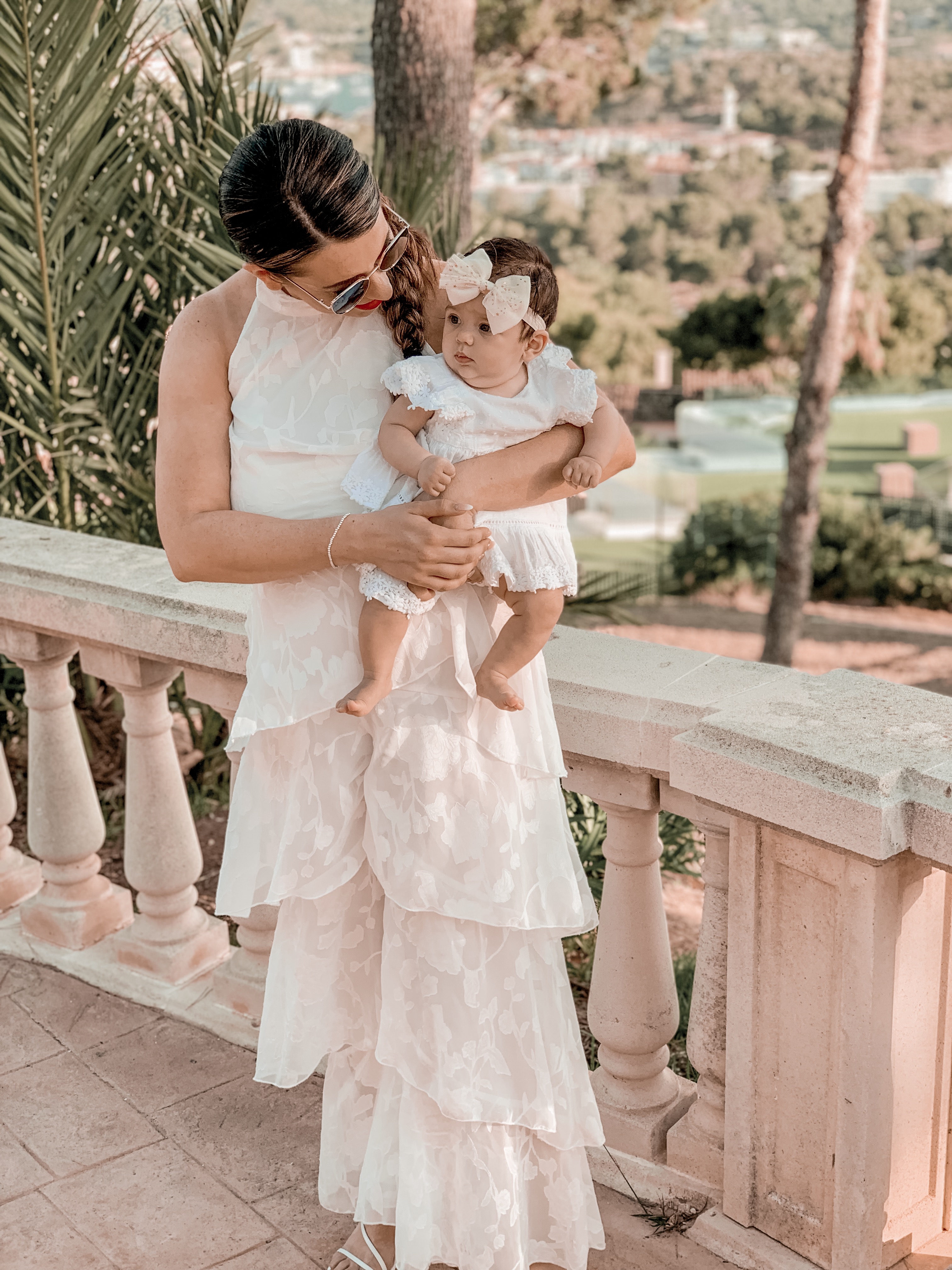 Wow, we made it through and now P is somehow nearly six months old! I don’t know where the time has gone and it’s mad to think it’s nearly been half a year since we jumped on this rollercoaster called parenthood.

It’s been amazing and nobody can ever prepare you for the love you feel when look at that little baby and realise you made her. But with all new adventures there are lots of ups and downs and I don’t think people speak out enough about the post partum bit of their journey, which, whilst being my biggest achievement to date, has also been riddled with guilt, anxiety, health issues and just generally feeling overwhelmed. And hey, guess what, that’s all totally normal!

You aren’t a bad Mum if your everyday doesn’t look like what you see on Instagram and you certainly aren’t abnormal for wondering why on earth you made this crazy life choice, or how you can kill your Husband and bury him without anyone knowing. Being a parent is the most rewarding thing you will ever do, but it is hard and the more we pretend it isn’t, the more unprepared others Mums are becoming.

For me the fourth trimester started with a stay in hospital as I was one of the few women who got pre-eclampsia after birth. I have had hypertension for over 8 years now so my pregnancy was full of regular checks and the risk of pre-eclampsia, but never did I think that once I had made it through to the end, I would be struck down with it afterwards. But hey, when do I ever take the easy road? But the silver lining was that this extra stay in hospital and the fantastic midwives at MKUH had provided me with a delightful little safety net and it wasn’t until I got home that I experienced the actual “Oh shit, we have to keep this baby alive…”

I am not generally a worrier and I am pretty chilled about most things, so the anxiety that hit me when I walked through the front door was a shock to me. The paranoia that they aren’t breathing, that there is something wrong with them, that you might just be doing it all wrong and the baby hates you; yep all of that is totally normal. Leaving the house for the first time alone was one of the scariest moments. I bottled it the very first time and made my Mum come with me, but we eventually got the hang of it and getting out of the house pretty much every day is something that is 100% keeping me sane. The hours spent on the sofa in my three day old pajamas, binge watching netflix and crying into a pack of biscuits seem long gone now, but they were also some of my favourite.

And let’s just discuss the fact that nobody bloody tells you that after you’ve had a baby your body is basically fucked (for a while anyway). Every single organ is pretty much shoved in all directions and wow hello hips that I definitely didn’t have before. So when it comes to your insides working in a normal manner again, give it a while. The piles, stomach cramps, huge boobs and leaky nipples, yep, all totally normal. But I mean, I did grow an entire human, it doesn’t really get much cooler than that. So, embrace it, love it and thank it.

Oh and then there’s your relationship. Cuddles on the sofa and date nights are a thing of the past and I spent most of the early days thinking Daddy was an arsehole. Of course Daddy isn’t really an arsehole, in fact he is a bloody brilliant team mate, but there have been plenty of times I could have murdered him in his sleep. Mostly because he didn’t have a baby that wanted to be attached to his nipple 24 hours a day. This resentment was really hard for me to deal with and it definitely took its toll on our relationship. Having a baby doesn’t bring you instantly closer, in fact it probably creates more of a divide at first, but as long as you learn to communicate then you’ll be just fine. On the plus side, we are five and a half months in and Joss and I finally managed to watch a whole episode of Love Island together for the first time whilst the baby was in bed.

Small wins and all that!

Now the Mum guilt. I heard this phrase a lot before I had P, but I didn’t really understand what it meant until I felt it. I felt trapped, trapped by this baby who I adored, but nonetheless I felt like a prisoner to her and boy did I hate myself for that. I missed work, I missed my bank balance, my freedom, my body and just being alone and that was when I truly understood Mum guilt. That feeling in your chest that you are a bad Mum for thinking all of these things, for on the odd occasion regretting your life choices and the feeling that planning days or trips without your baby means “people” will think you are a terrible Mum. You aren’t a bad person, you are actually just human and despite now being promoted to the 24/7 job that is Mummy, you are still entitled to sometimes just be you.

And let’s not get started on breastfeeding, that’s one for a whole different post. All I can say on that one for now is hang on in there, it’s the most rewarding thing in the world when it works and don’t beat yourself up if it doesn’t. You are still a fantastic Mum, however you feed your baby.

Women don’t get told that enough.

So now I have had the time to reflect on the first six months of my motherhood journey, it’s fair to say it’s not all bad. In fact, it really is fantastic 90% of the time. Not only have I learnt to love in a way that I never knew I could, I have also found myself and a new confidence that I didn’t know was hiding in me. I very quickly appreciated that women are bloody miracles and the fact that we don’t all realise that is pretty darn shit. We rock, so go and pour yourself a glass of champagne to toast the fact, that hey, we are all flipping superheroes! 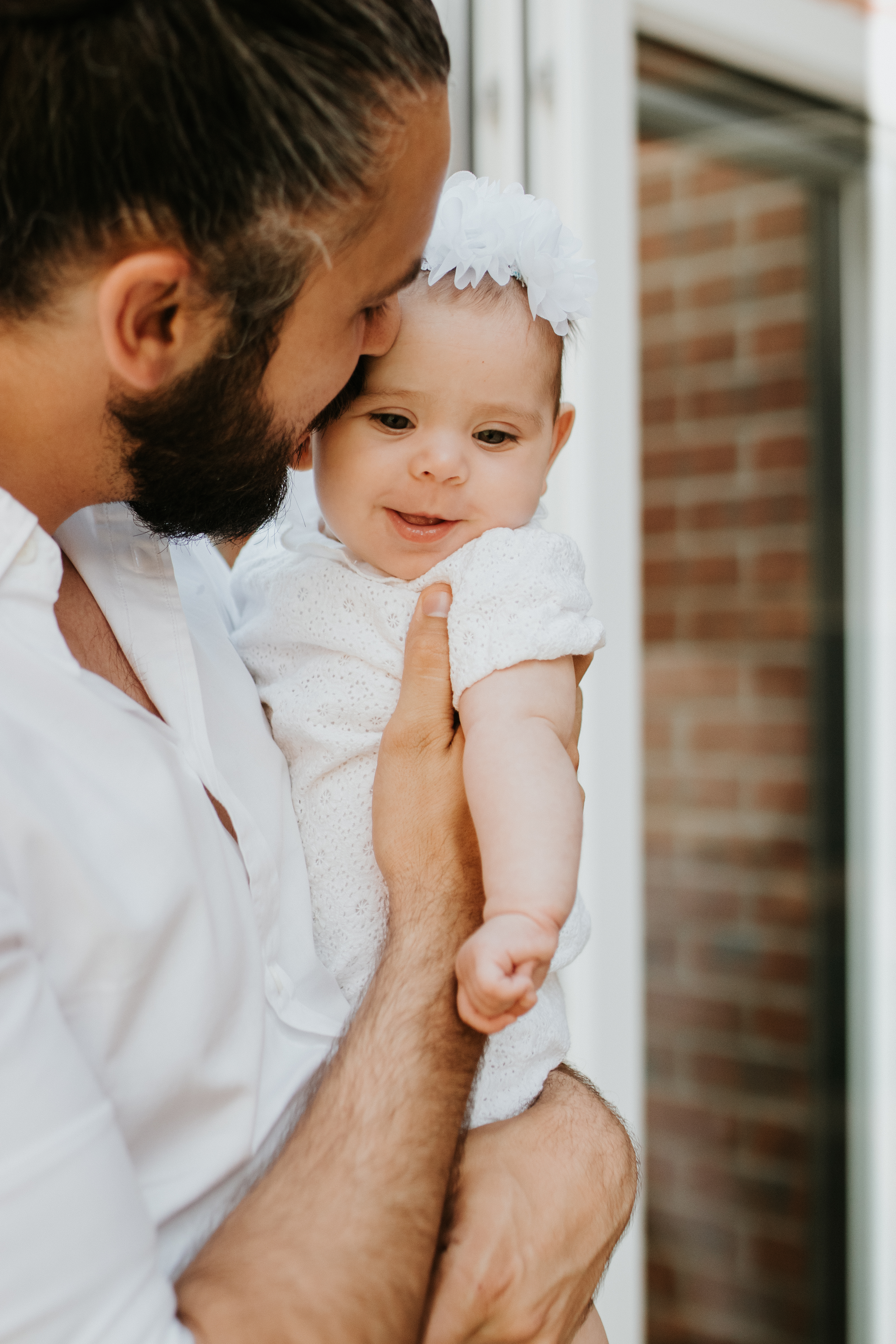 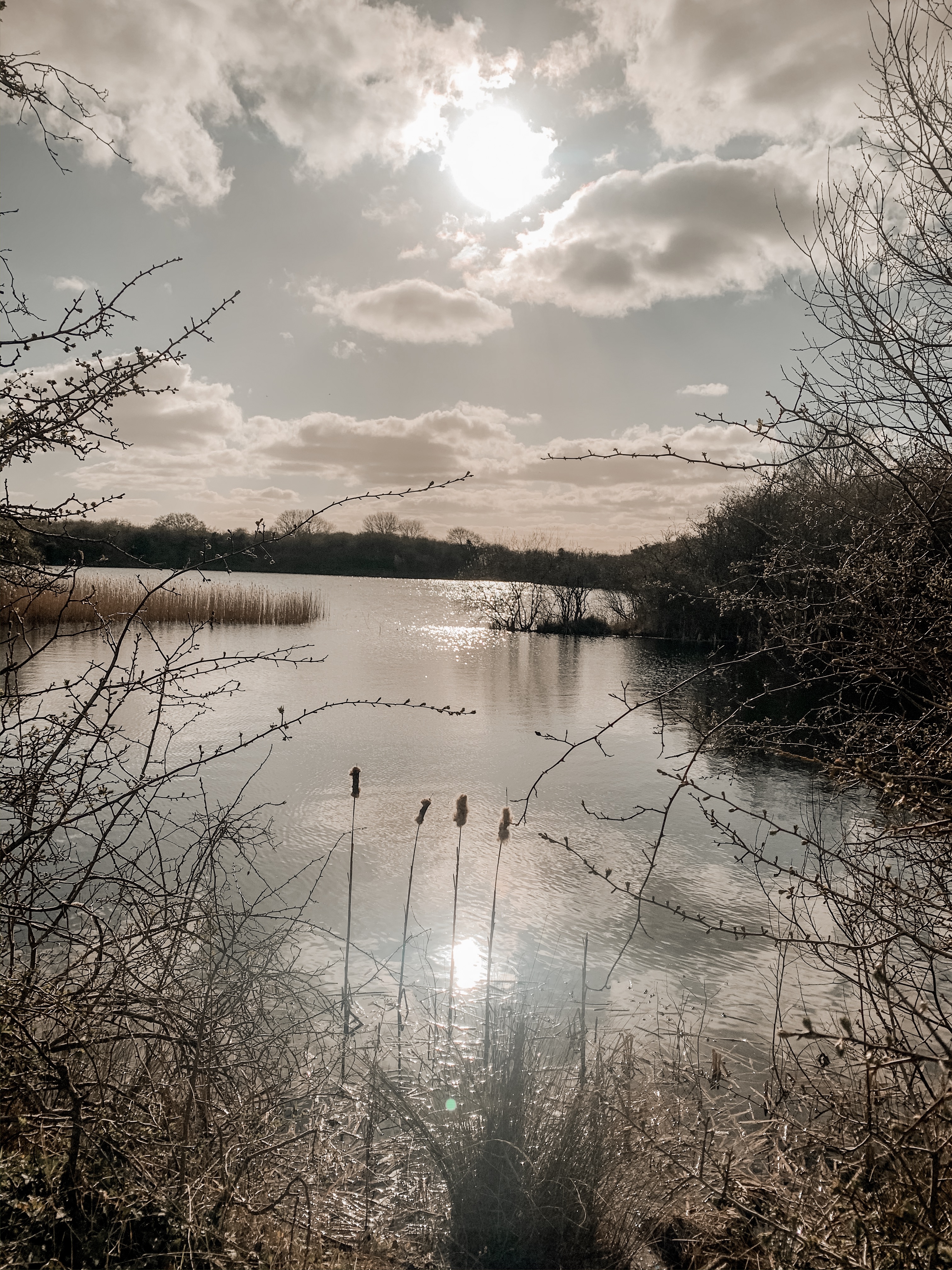 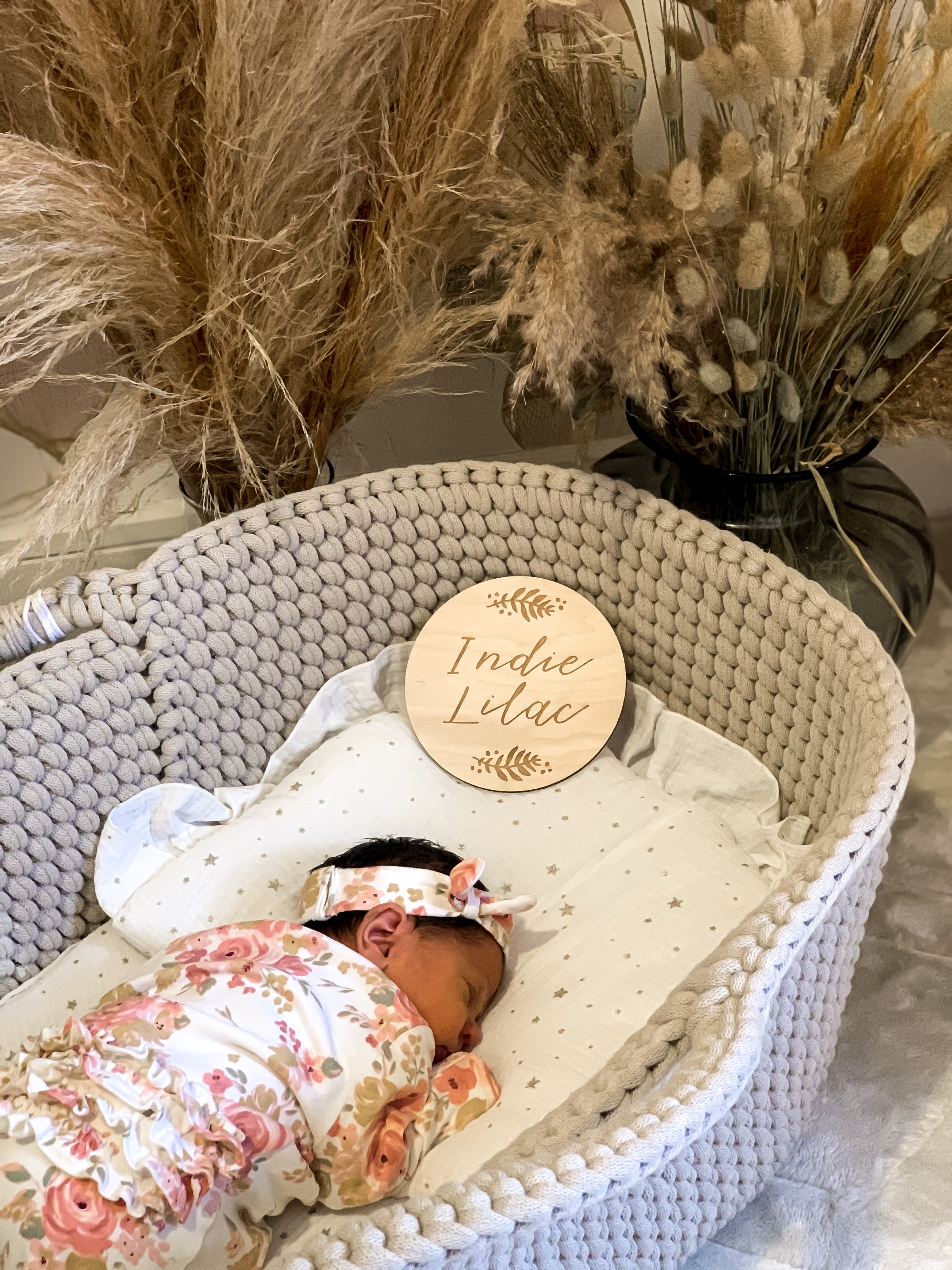 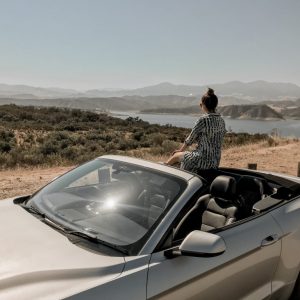