And just like that Christmas has been and gone... 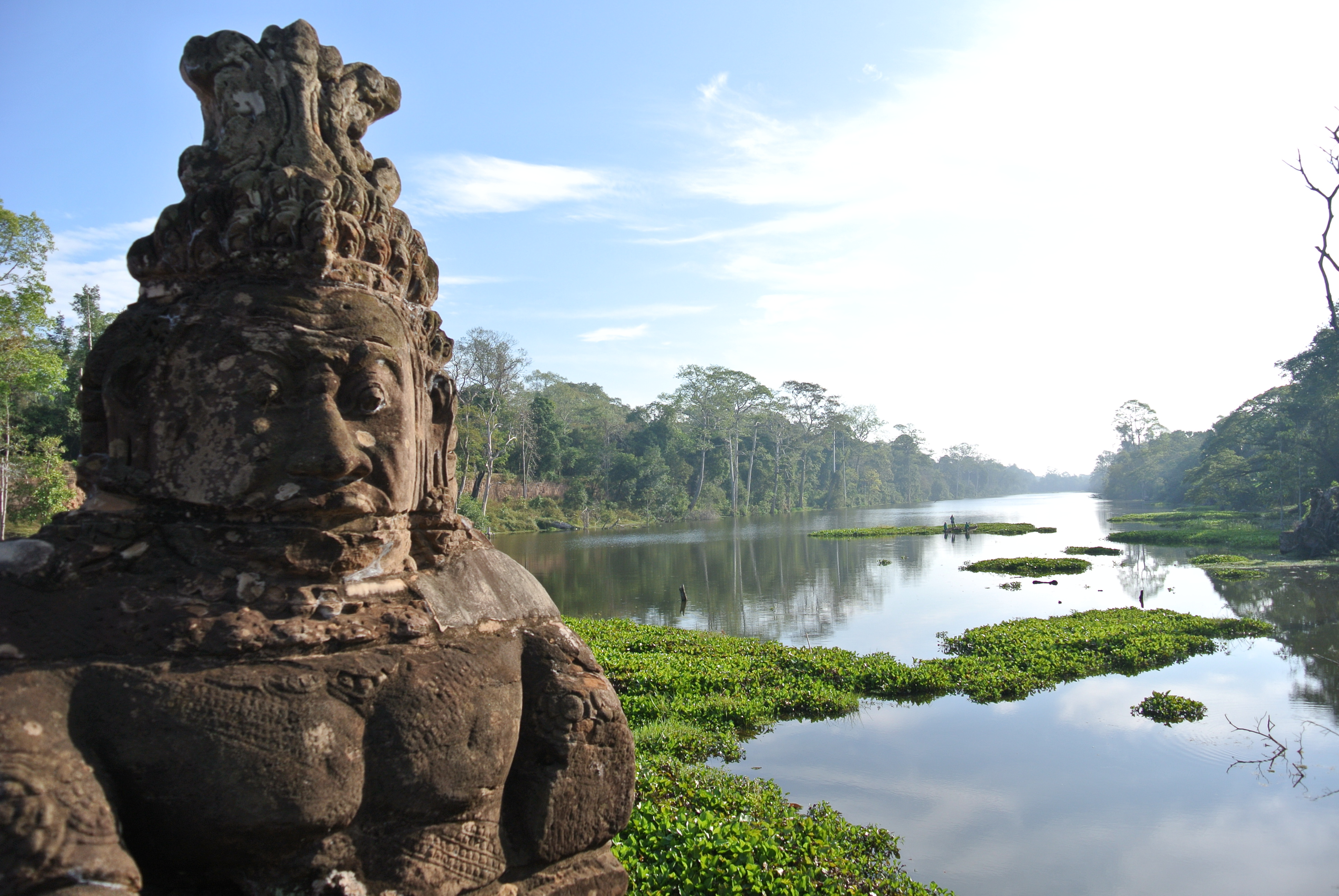 One of the highlights of my honeymoon Asia trip was absolutely Siem Reap in Cambodia. Not only was it glorious sunshine and 30 degree heat the entire time, it was absolutely stunning and the sheer mass of it blew me away.

But before I go on to tell you all about the amazing temples we visited, I have to pop in a shout out to the hotel we stayed in. It was called Sokkhak Boutique Resort and it was by far one of my favourite stays of the trip. We arrived late at night and we were collected on a tuk tuk, which was so much fun, and the incredibly friendly staff were ready and waiting for us at the hotel entrance. I also loved the fact that everyone – including the guests –  walk around barefoot, it just made it so relaxing. We were then handed welcome drinks and lotus flowers and shown to our traditional Cambodian room, after admiring the bullfrogs on the way – which were super cool. 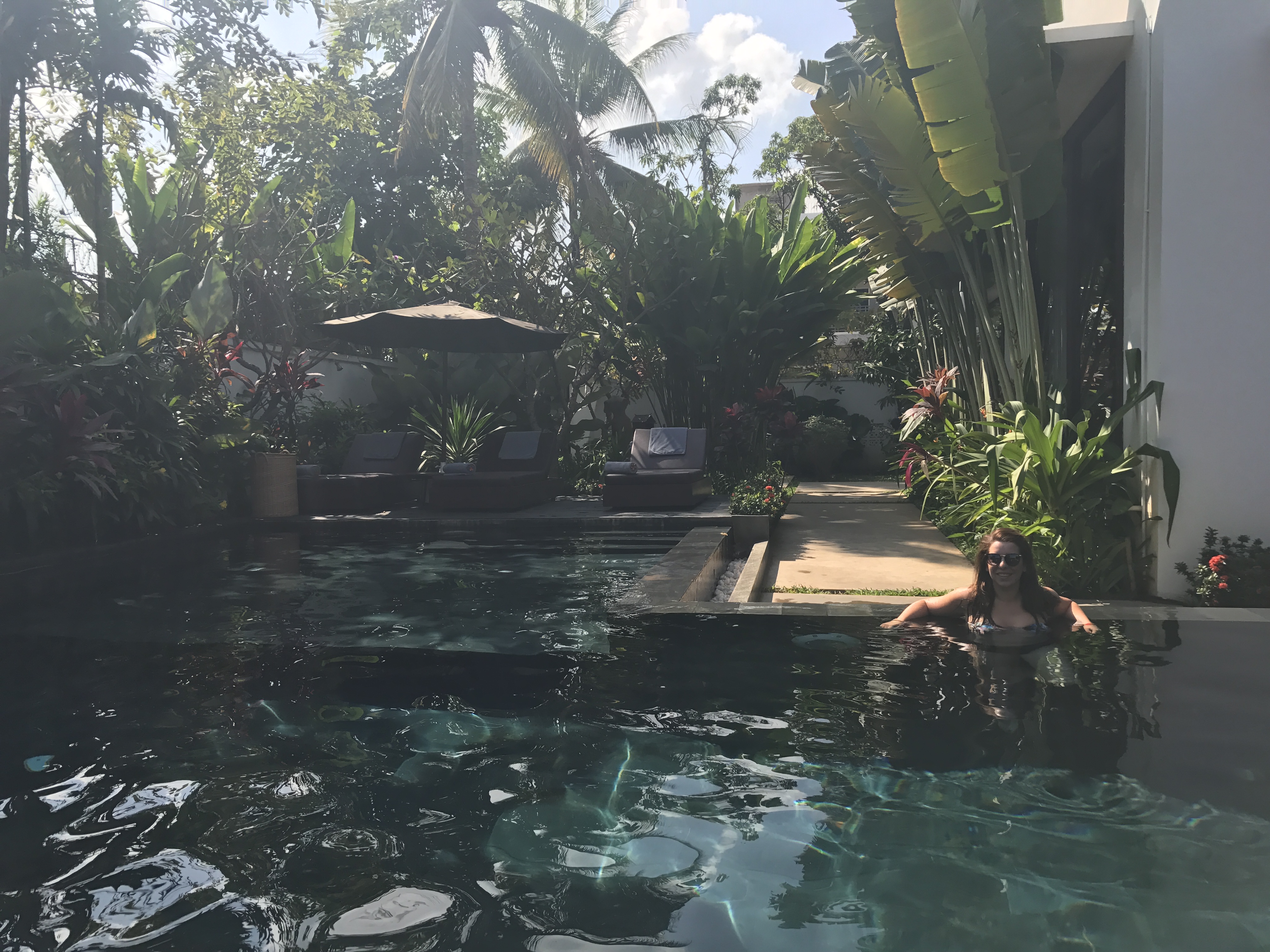 The hotel itself is small but stunning, it is overrun with lush greenery and has a huge array of exotic plants surrounding a beautiful, perfectly placed swimming pool. It was almost like being in a jungle. They also helped us organise our day trip around the temples and a sunrise visit to Angkor Wat, with a tuk tuk for the day and a lovely english speaking guide. And all for £90 a night – for a Junior Suite – I really couldn’t recommend the hotel enough.

Now back to the temples.

If you know much about Siem Reap you will know that Angkor Wat is the the largest religious monument in the world and by far the most famous temple in Siem Reap. Thousands of visitors flock from across the world to watch the sunrise or set in this beautiful location. We headed down there at 5am for sunrise and we weren’t disappointed, as the orange sun rose above the temple it was revealed to us inch by inch – so were the thousands of people stood around us with selfie sticks, but let’s not ruin the image – and you couldn’t help but be in awe of its magnitude.

After a little wander around we decided to explore the other temples and come back to Angkor Wat with our guide later in the day. I am so glad we did, as by the end of the day the sun was beaming off the three large turrets and it looked stunning reflected into a nearby lake. 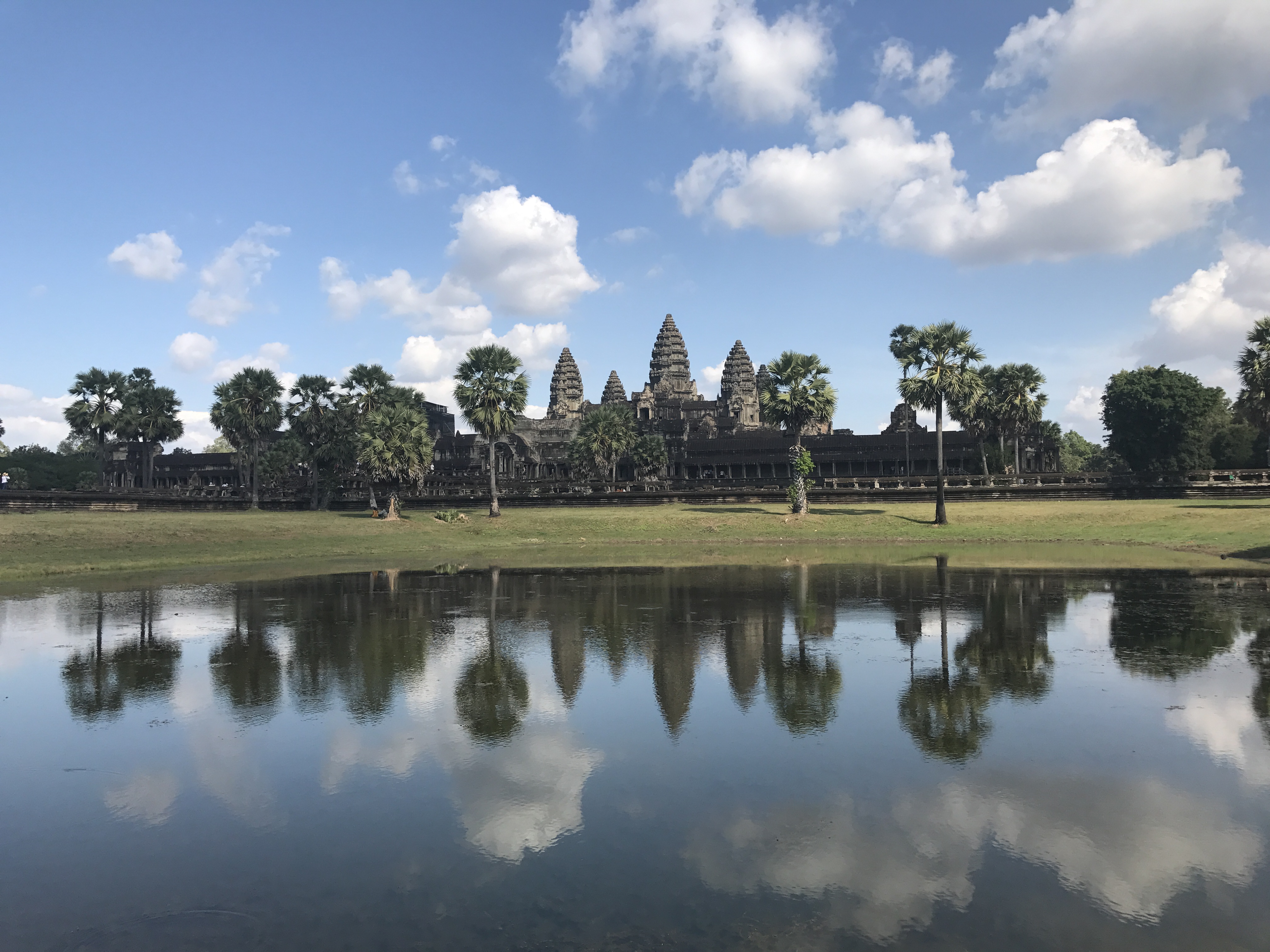 During the visit we also took in Bayon Temple, which was home to a whole lot of monkeys, and some beautiful stone art work. The temple itself was part crumbled, which although an absolute shame, certainly added to the charm of the place.

But one my favourites had to be Ta Prohm, the temple made famous by Lara Croft and the Tomb Raider film. This beautifully crafted temple has been absolutely ruined by nature, but that was what made it so awe inspiring. It did feel like a film set and as we sat for a moment on some crumbling stone, it made you realise how important and sacred these buildings once were. Despite the hoards of people trampling through it, it was peaceful, quiet and inspiring. 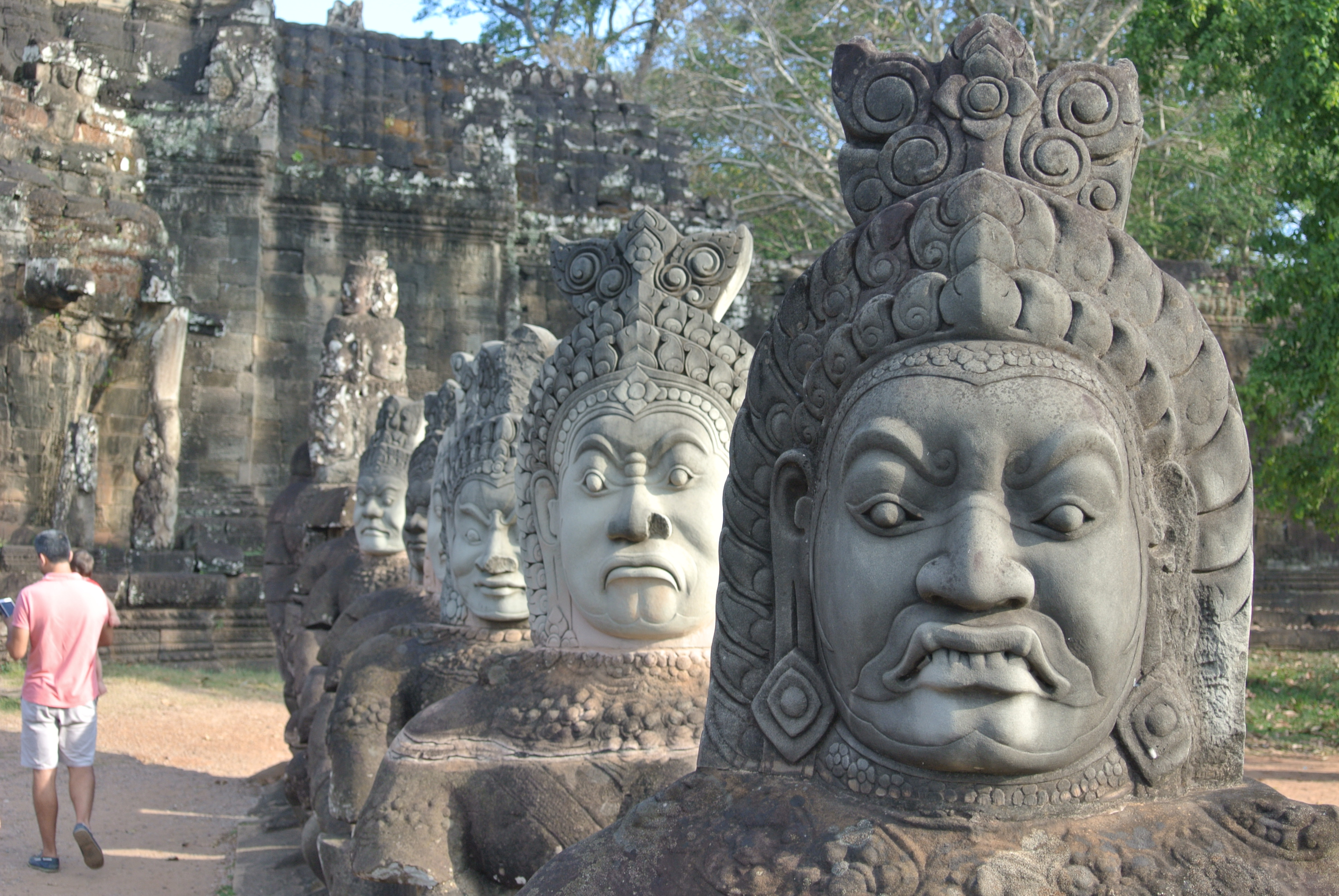 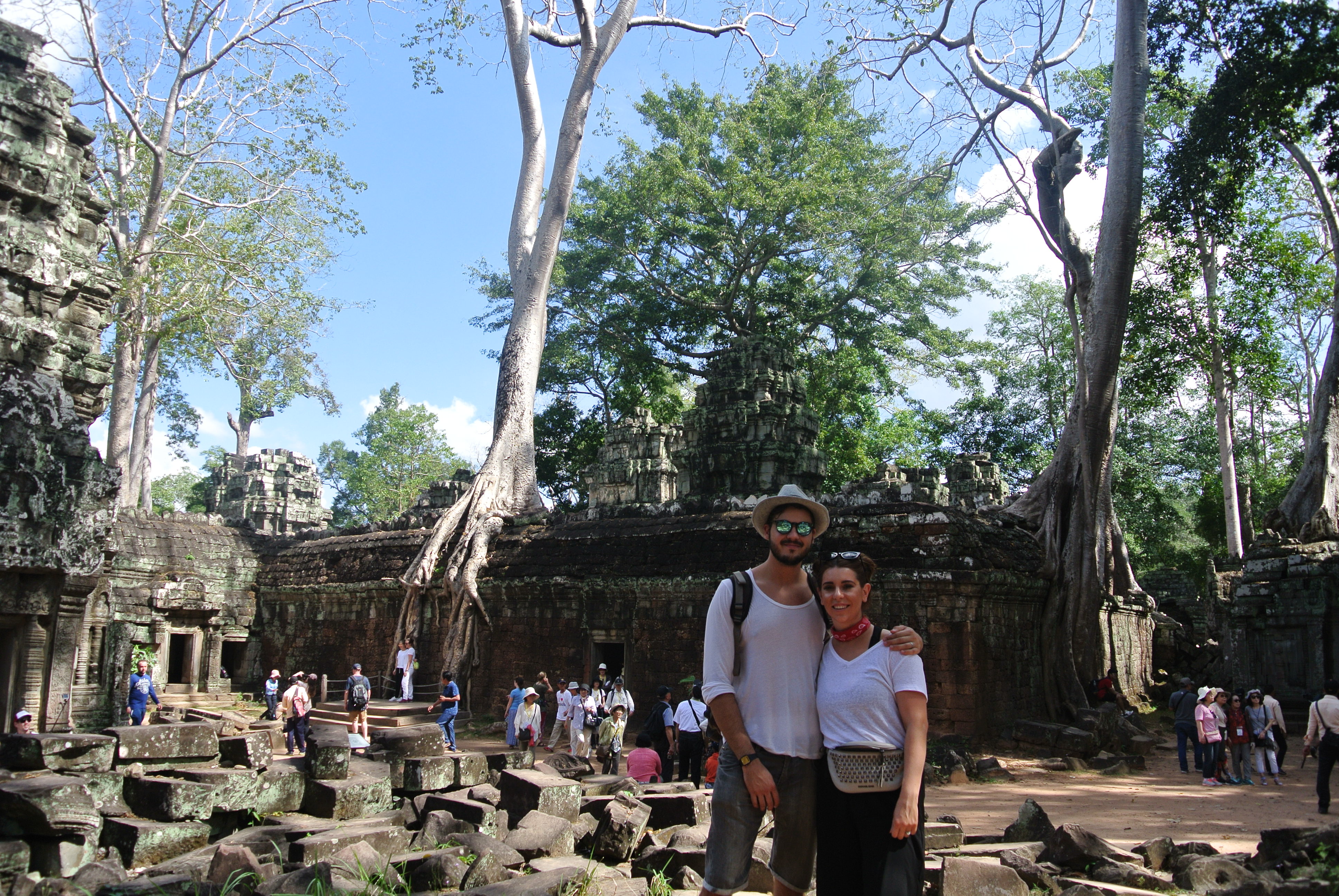 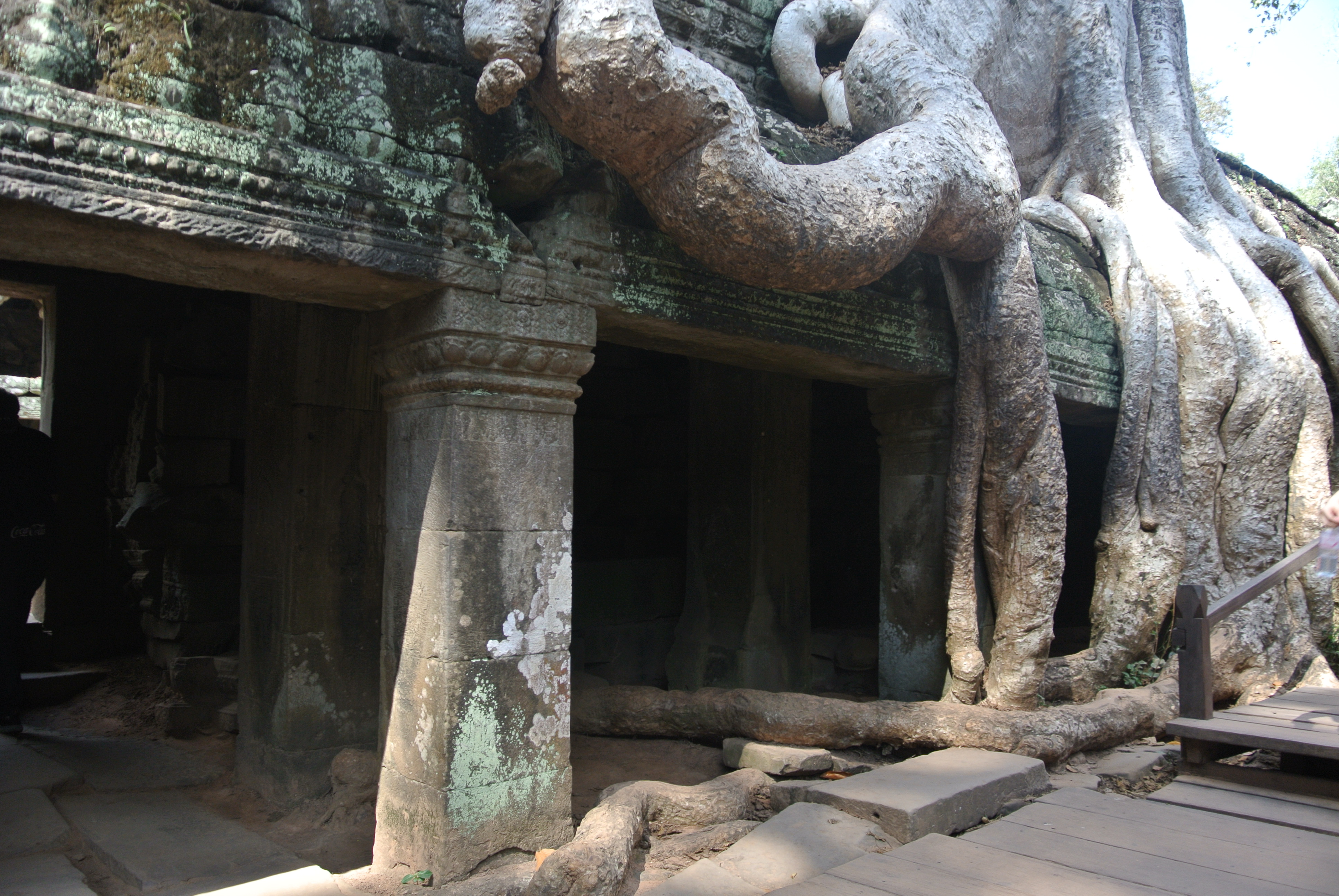 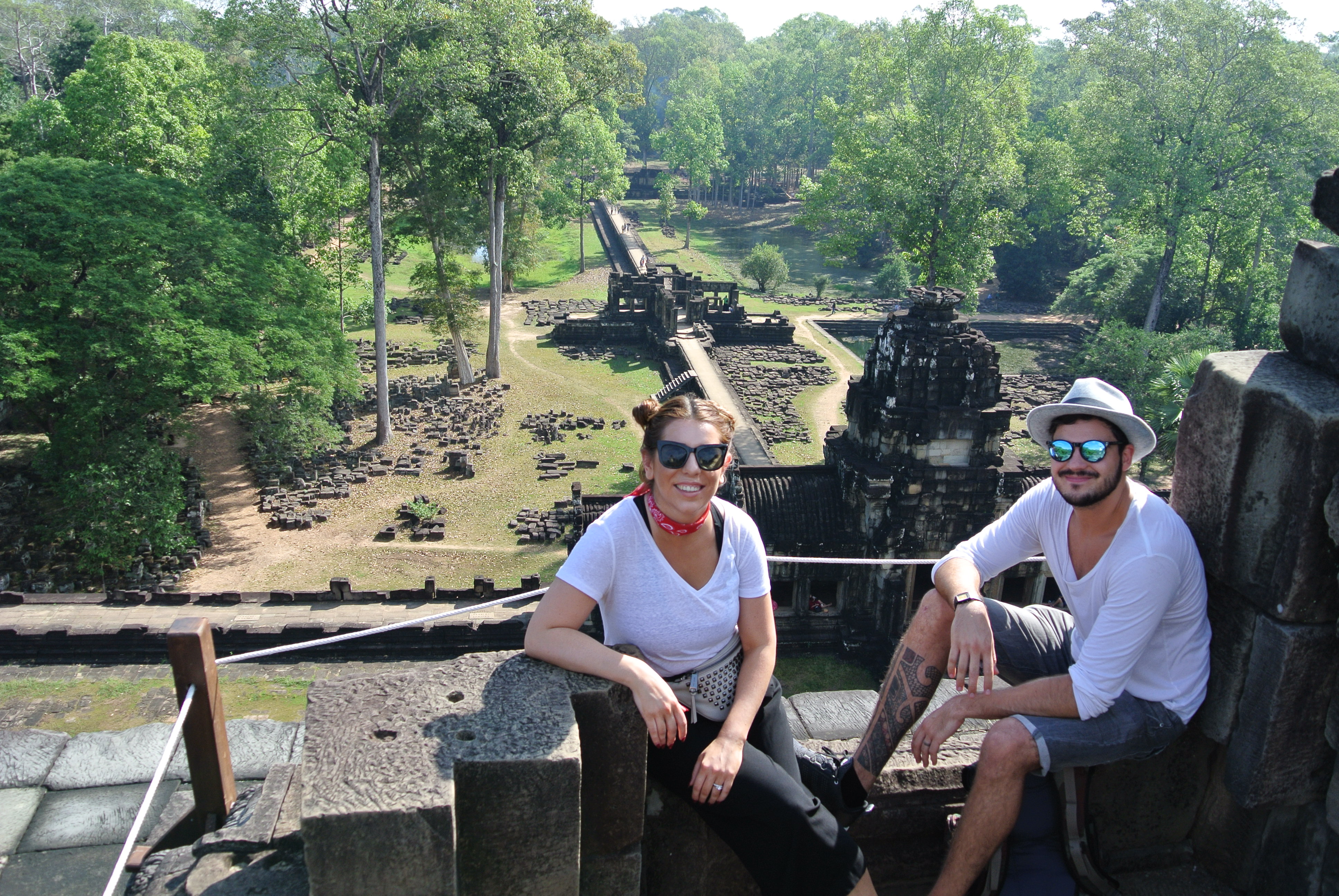 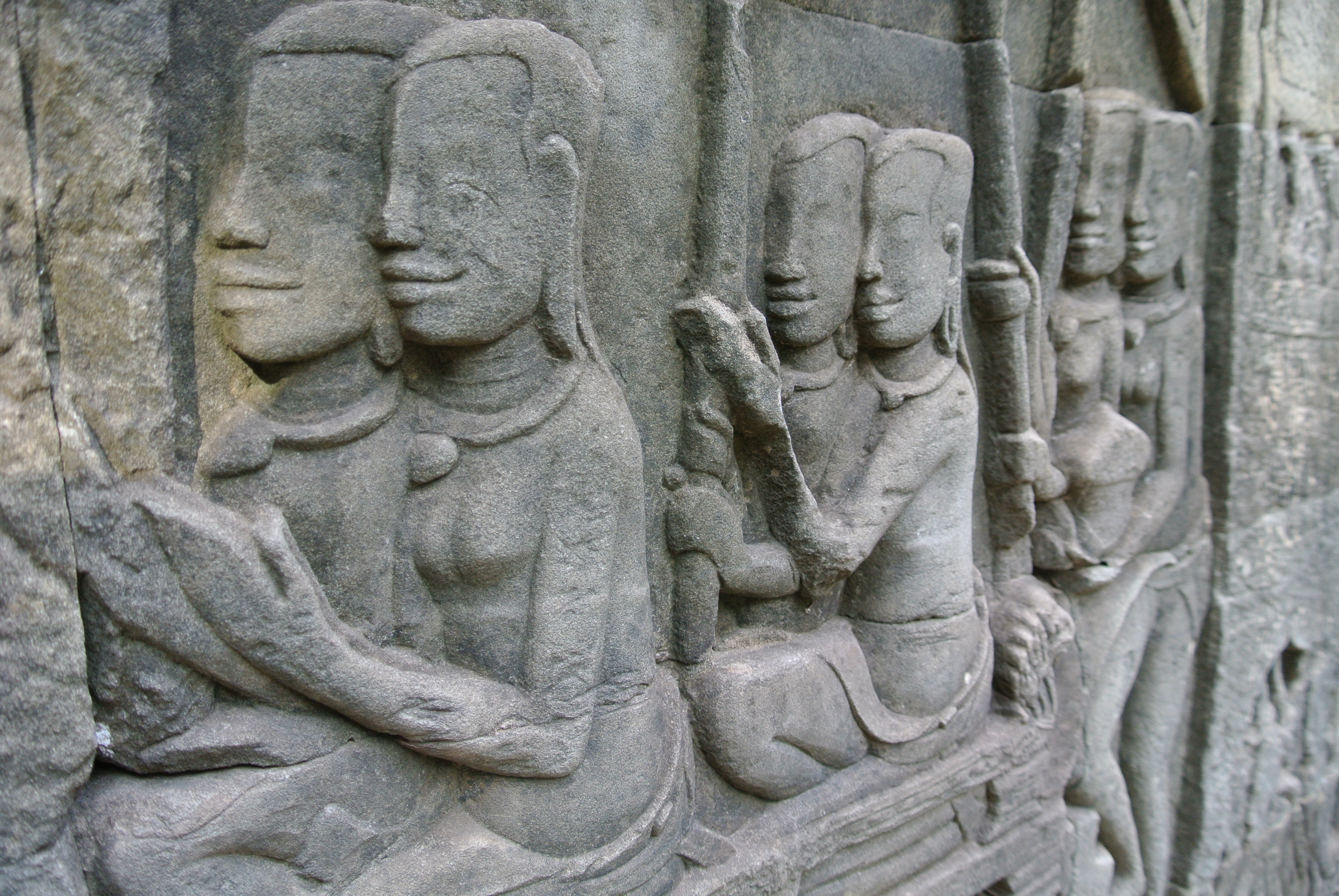 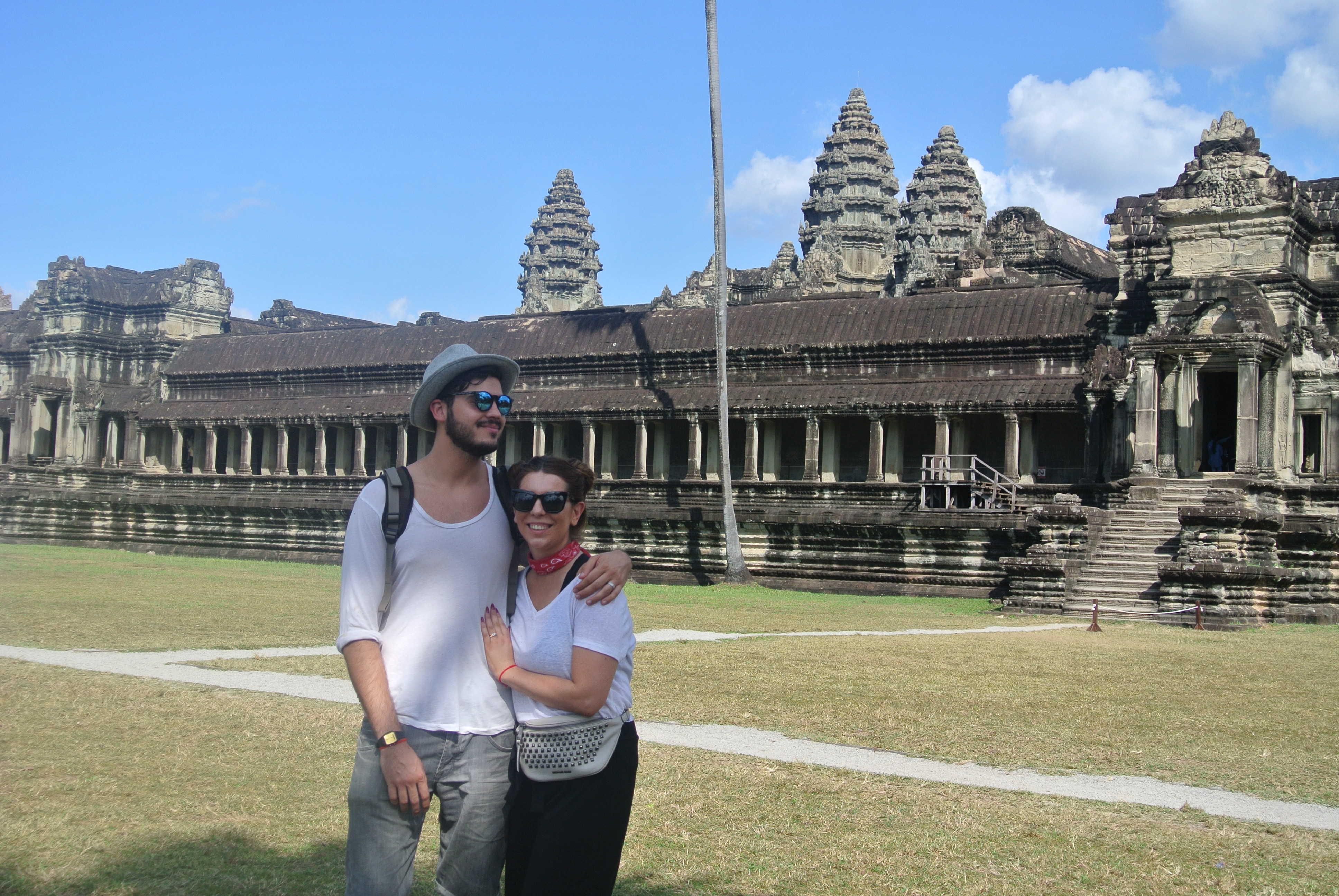 So would I go back?

Absolutely! The food, the people, the temples, the weather – everything was amazing. I was lucky enough to spend 42 hours in Siem Reap so I can’t even imagine how amazing it would be to spend a few days or weeks taking it all in. And it was cheap, you can stay and eat for such silly amounts of money in Cambodia so if you are thinking about travelling on a budget, this is certainly one to think about.

Anyone else been to Cambodia, I would love to hear your tips for other places to visit. 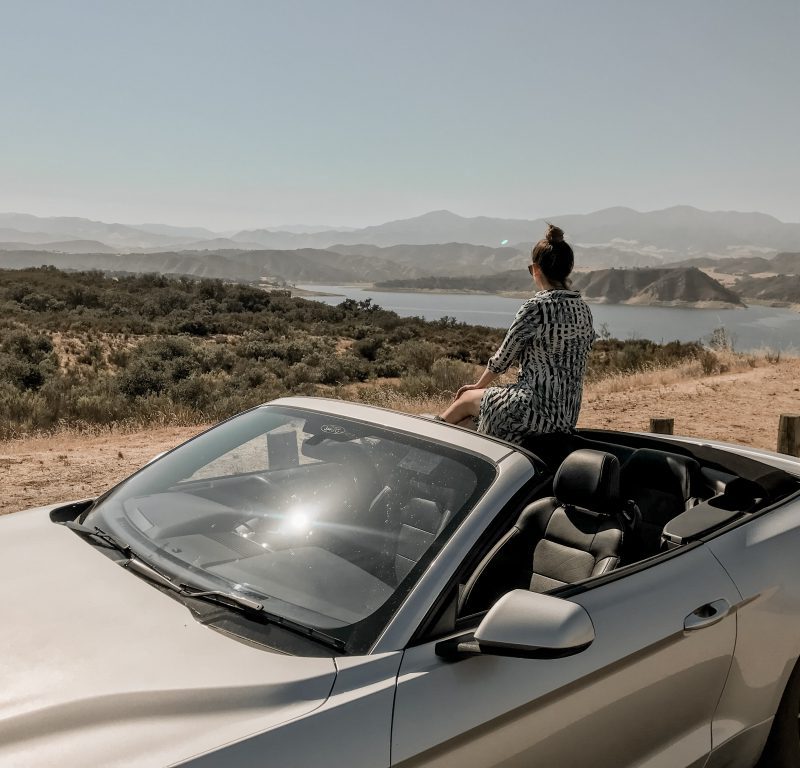 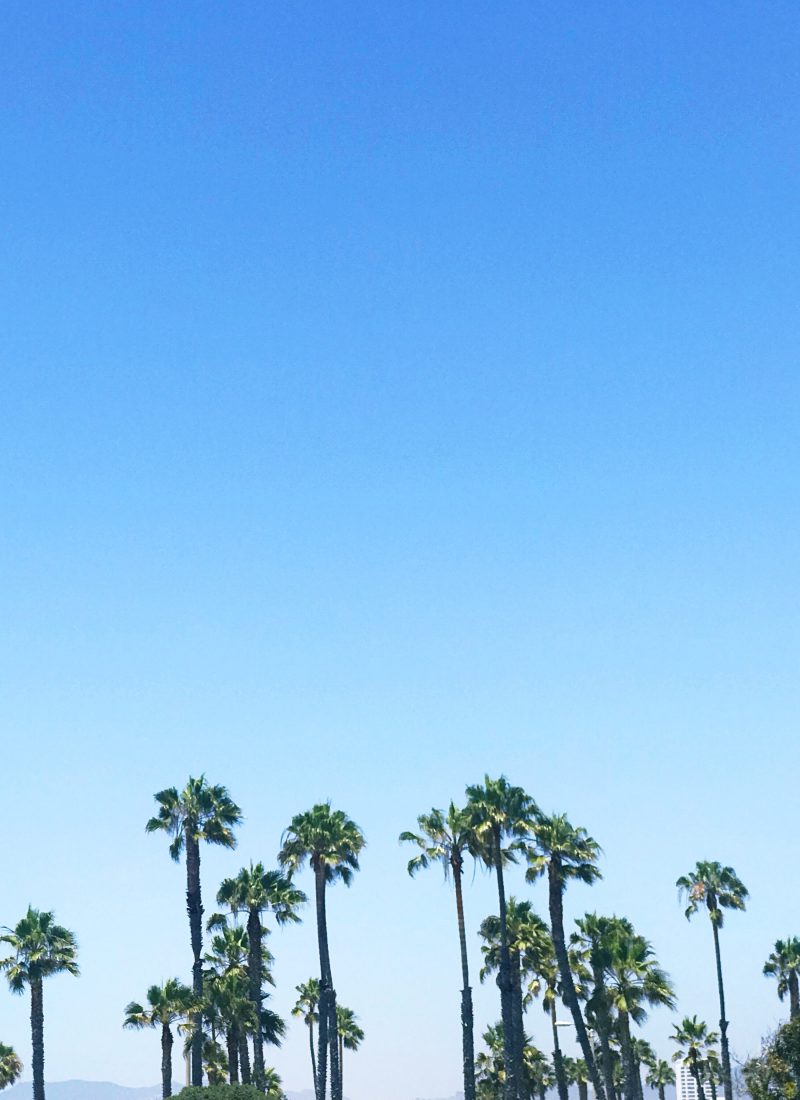 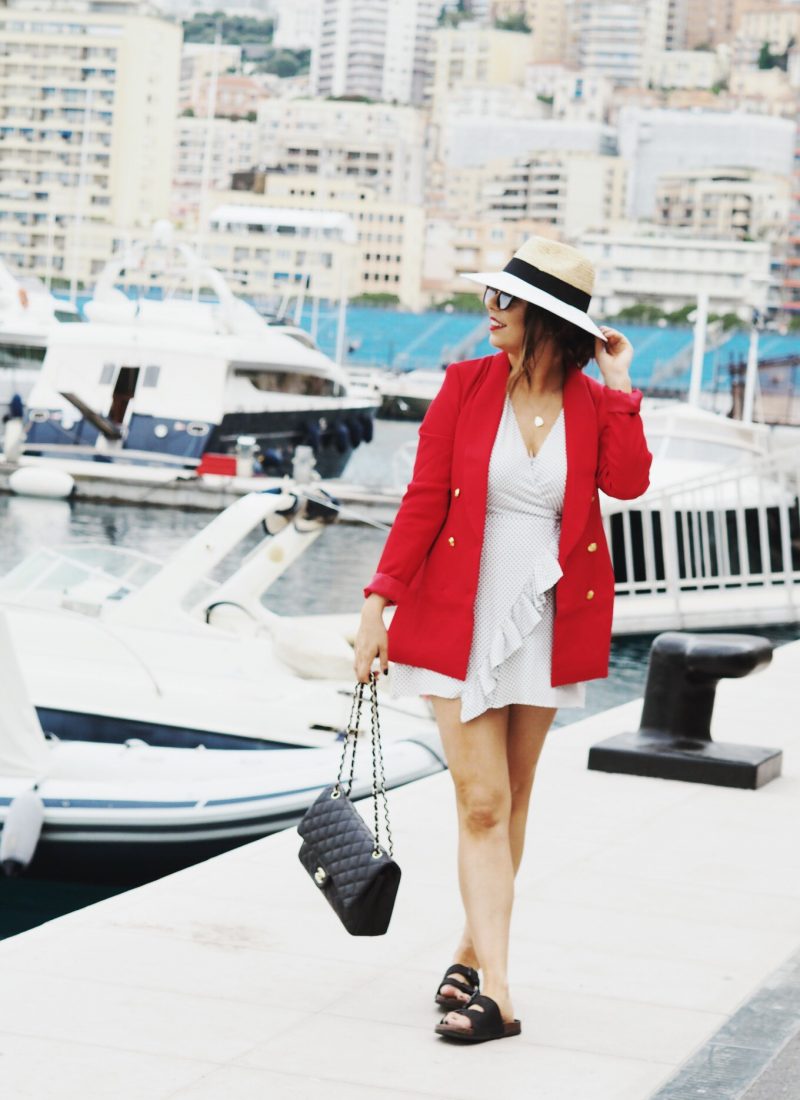 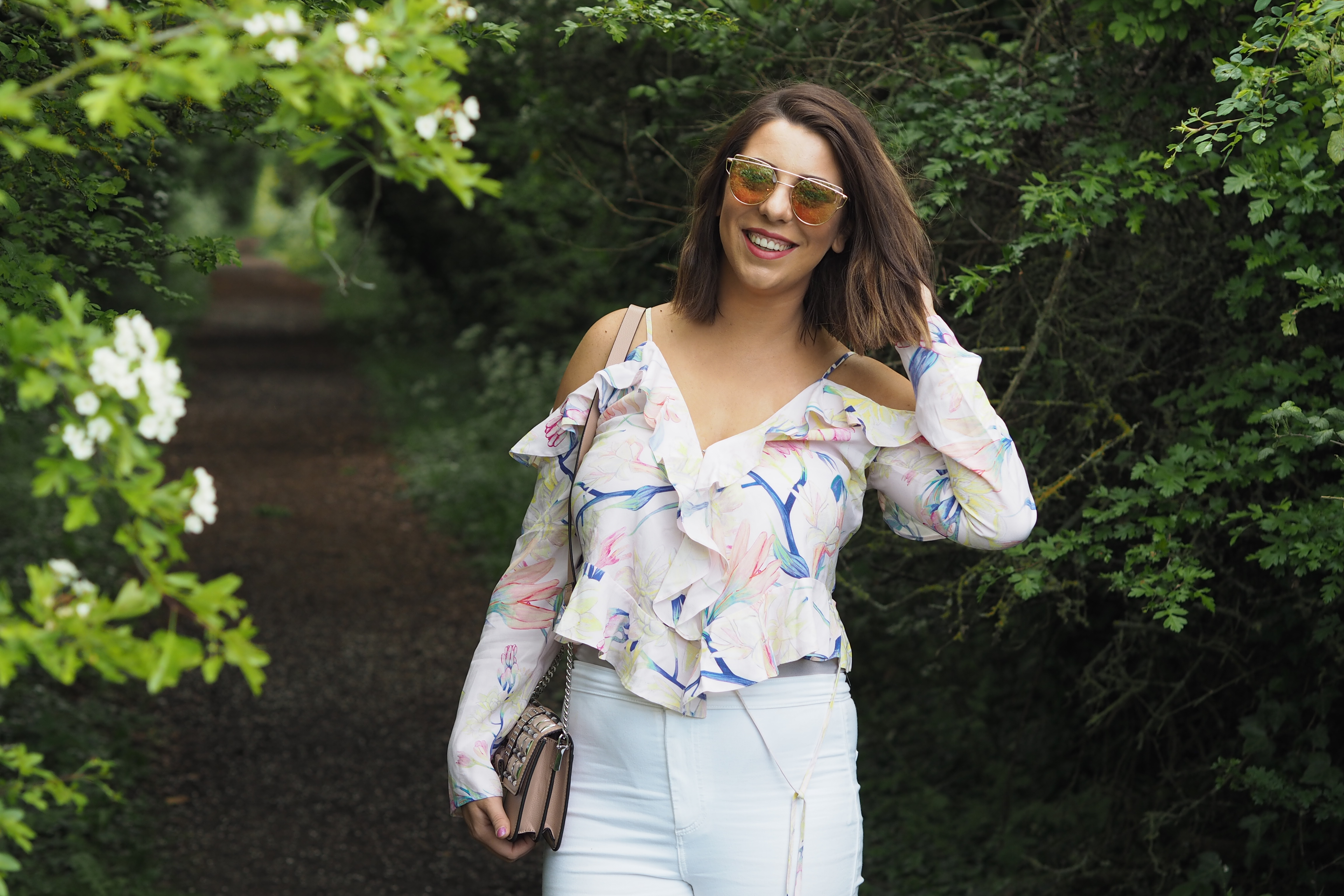